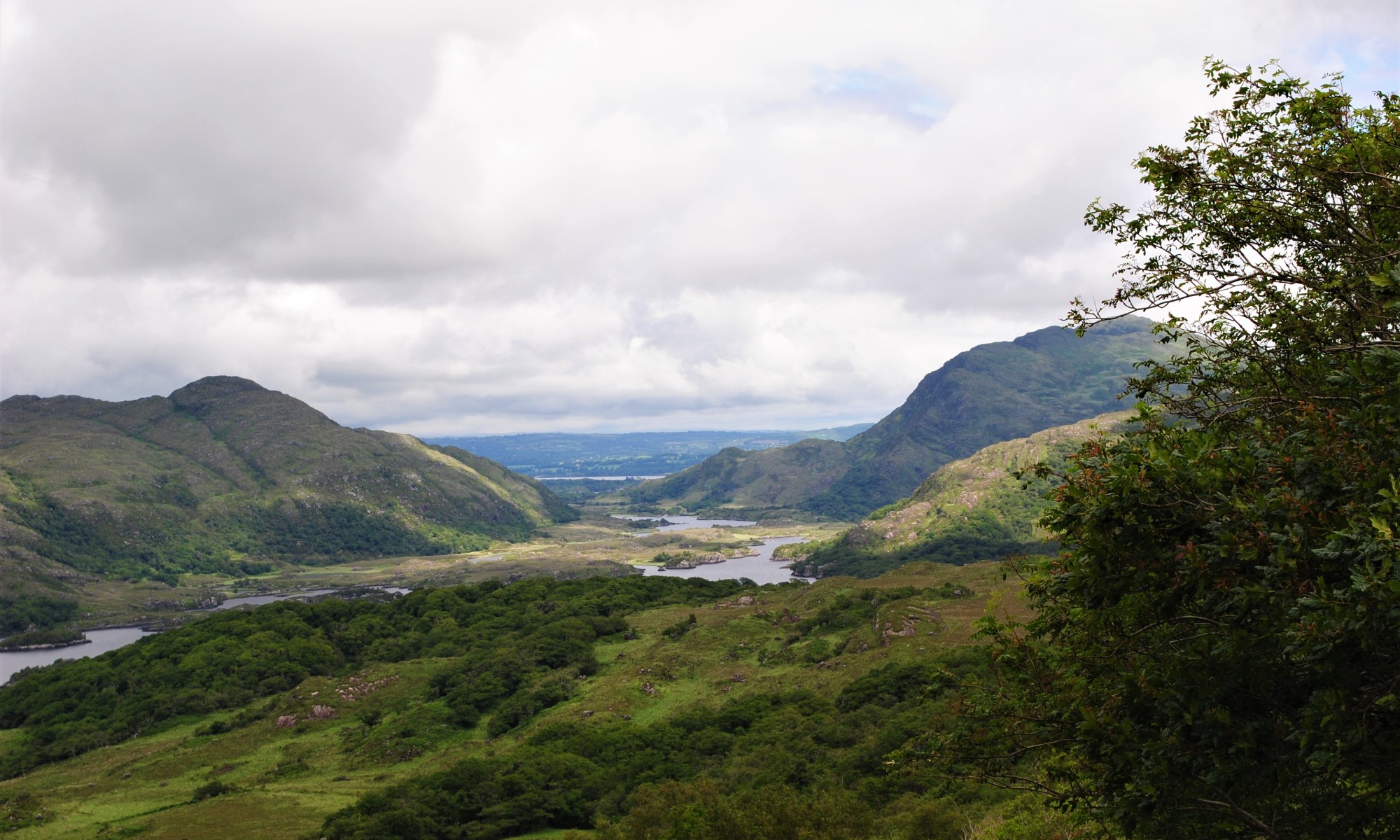 Although driving for 8 days hadn’t seemed like a great prospect for a vacation, I have to admit that driving around Ireland was a really enjoyable experience. For one day, though, I decided to take a day off driving and go on a coach tour of the Ring of Kerry.

Booking an excursion in Ireland reminded me of trying to book an excursion in Iceland. Everyone is so laid back. There were two excursion companies I could choose from, and I decided to go with O’Connor Autotours because I would be able to park my car for free near their head office. I’d been phoning them the day before the excursion, as instructed on their information leaflet. When no-one answered I sent an email, but got no reply. I got up early the next morning anyway, and tried the phone number one more time only for a lady to answer like there was no hurry (an hour before the bus was due to leave).

I think they were amused at someone with an Irish name booking the excursion (this is the only place in the world that I haven’t had to spell it for them) and it was the lady who greeted me at the coach who told me that my family name is actually from Tipperary, not Cork as we had always been led to believe. 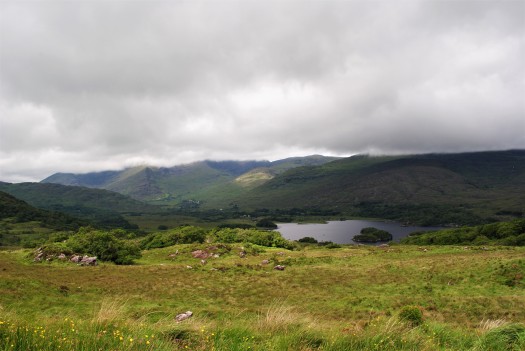 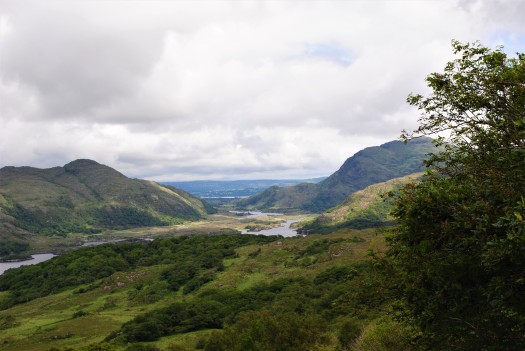 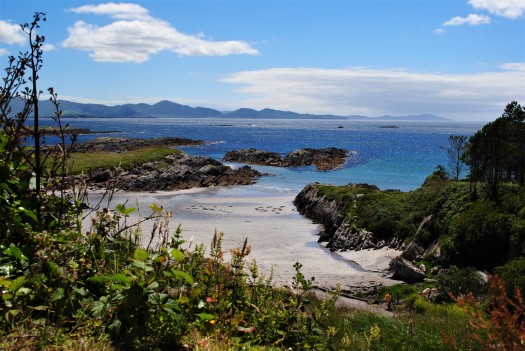 As with the whole of the Wild Atlantic Way, the scenery on the Ring of Kerry is absolutely breathtaking. There are a few photo stops, but the disadvantage of being on a coach is there aren’t many places it can stop. It was nice not driving for the day, but I missed the flexibility of just pulling the car over to the side of the road. There are also stops for, as described in the promotional literature, ‘tea/coffee/guinness’ – only in Ireland! 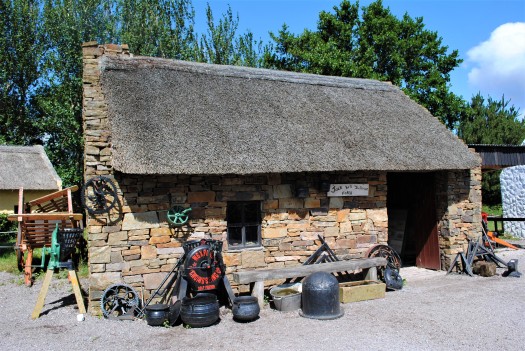 Our first proper stop was at The Kerry Bog Village. Peat is a soil that is made up of the partially rotted remains of dead plants which have accumulated on top of each other in waterlogged places for thousands of years. In Ireland, it is used as a source of fuel. The buildings at The Kerry Bog Village show what life was like for various local inhabitants  during the 18th and 19th centuries, when everything revolved around the digging-up and trading of the peat. Just like wooden logs are stored as fuel in other parts of the world, the peat rolls are stacked, albeit in a slightly more floppy style, against houses and places of work.

Next up was the sheep dog demonstration. As a vegan I chose not to partake. Besides, I spent a lot of time at agricultural shows as a child, part of which is always a sheep dog show. There are only so many times you can watch a frustrated border collie try to persuade a flock of sheep to run into a pen. I wonder if there’s ever been a sheep dog who has refused to perform for the show. I know I’d be annoyed if I’d spent an hour rounding up the sheep only for the farmer to release them again ready for the next bus load of tourists. Apparently the sheep herding demonstrations is one of the most popular attractions in Ireland and visitors, excuse the pun, flock back every year to watch it. Everyody who went to watch the demonstration in our group seemed suitably impressed when they returned to the coach, so I’d say it’s worth the 5 euro entry fee if it interests you.

We stopped at the most bizarre restaurant for lunch. It’s a self-service restaurant that also has waiting staff.  As you enter the restaurant, a server greets you and carries your food tray for you as you decide what you want to eat. The same server will then seat you at a table. I get the impression they came up with this strange system years ago, and everybody is too scared to tell them what an actual self-service restaurant looks like. I completely screwed up the system by saying I only wanted a coffee, at which point I was politely told I’d have to carry my own coffee cup and would still have to queue for food. The other diners around me seemed to be so pressurised throughout the whole conveyor belt, I could hear them panic ordering fish and chips and vegetable soup. I’d be surprised if they ever sold the last item listed on the menu, even the fastest reader in the world coudn’t get to it before they were pushed to the checkout.

Aside from the bizarre lunch experience, I have to say the Ring of Kerry excursion was well worth it and a welcome break from doing all the driving myself. Our driver/guide was very entertaining and informative. He also proved my theory that visitors from overseas generally understand the Irish accent and dialect better that us Brits do. There were parts of his guiding speech that I completely missed, but my fellow passengers from far flung parts of the globe were laughing along with him.

Ring of Kerry Excursion with O’Connor Autotours €25 to pay on coach, €21 via Paypal

Entry to The Kerry Bog Village €5

Not made #vegan #glutenfree pancakes in so long. First attempt at chocolate flavour today, let's see how they taste 😍
Also got to walk down into a natural #cave under a #castle today. There's a water spring down there! I had no idea stuff like this existed in #wales. Got to be honest, was more than slightly concerned there might actually be a #dragon down there 😕
Do all Welsh castles look this spooky in the fog?
#llynyfanfach
Got my @ripple_living pasta to keep me going on my camping weekend 👍