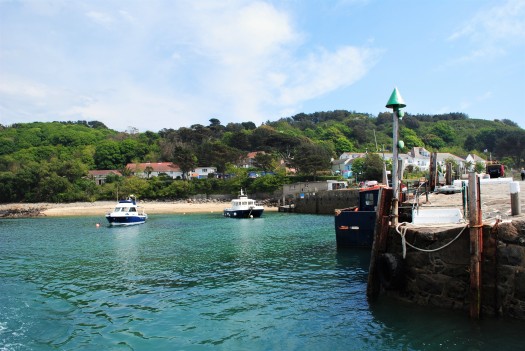 As I mentioned in my earlier post from Jersey, I really wanted to visit at least one of the smaller Channel Islands on my trip. Only 20 minutes on the ferry from Guernsey, where I stayed for the second part of my trip, Herm is the perfect day excursion to experience another side to Channel Island life. Boats run daily, and tickets can be bought from the Trident kiosk between the Weighbridge Clock Tower and the harbour.

Peter Wood, a retired army major, arrived in Herm in 1949 and set about transforming it into his idea of paradise. As the island’s tenant he owned the hotel, pub, shops and cattle. His successors have continued his work since he passed away in 1998. Their lease expires in 2050.

Rules are strict in Herm. You are not allowed to play radio in the open, there are no cars on the island (although the locals do use quad bikes to transport cargo) and, apart from for the children who live there, cycling is forbidden. However, as the island is only 500 acres in size, and you can walk around the whole thing in less than two hours, the transport restrictions at least shouldn’t bother you. 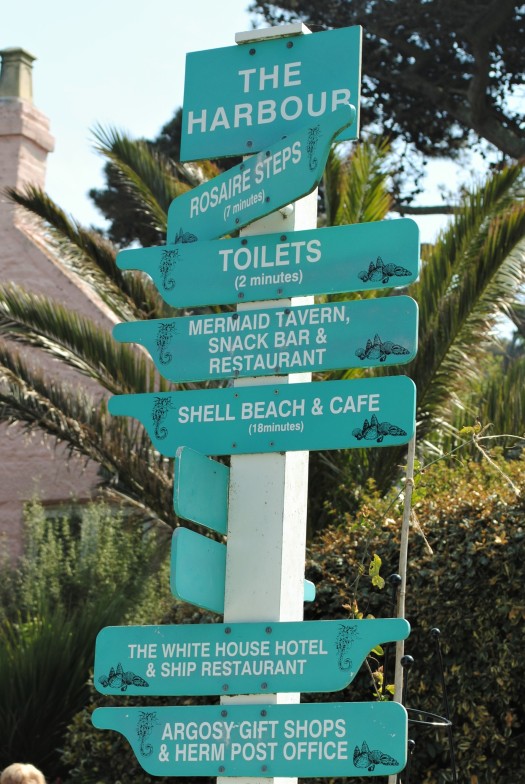 Unless you’re happy staying in the Harbour Port, home to the tavern and a handful of eating options, Herm is only for the active. Although there are varying grades of difficulty to the multitude of paths that crisscross the island, to see anything worthwhile you will have to walk up steep hills and along cliff paths. Turquoise signs tell you how many minutes it takes to reach the sites.

I decided to turn left at the port and circumnavigate the island, sticking to the coastal path as much as possible and then finally cut across the middle to the main village. With that route I could cover pretty much everything to see on the island.

The first site of interest is the small, two-person cemetery that was created when the cholera epidemic of 1832 claimed two victims travelling on a passing ship. Further along the path, I found Robert’s Cross and the remains of a prehistoric tomb. 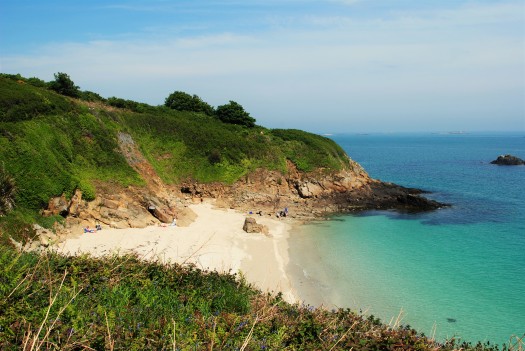 All the scenery on Herm is exceptionally beautiful, but the northeast coast makes it hard to believe you are still in the British Isles. On a sunny day, which I was lucky to have, stepping on to Shell Beach is like stepping into another, tropical world. Indeed, this beach has the highest incidence of sunburn in the Channel Islands. The name Shell Beach comes from the many varieties of shells that gravitate here from all over the world. If you want to know more about the shells you find, the beach cafe sells guide books. The much smaller, but still beautiful, Belvoir Bay is another popular sunbathing spot. 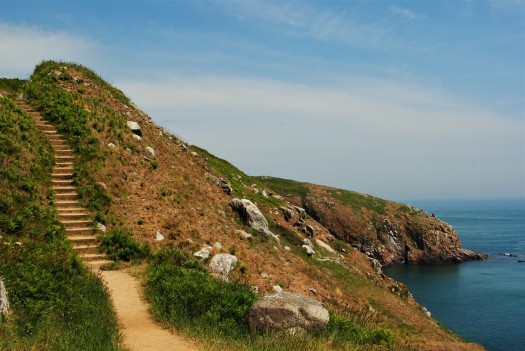 From Belvoir Bay, a lot of people take the path inland through the main village where the islanders live. I stuck to the coastal path back round to the port and explored the much quieter south of the island. The landscape is totally different on this part of the island. The cliff top paths can be quite treacherous in places, and it was so quiet I could hardly believe I’d just been on a beach packed with sunbathers. I saw hardly any other walkers on this stretch of the coast, I could see why the local puffins choose to live there. 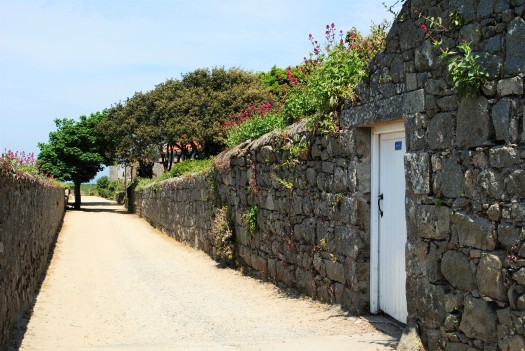 Once back in the port, I was pretty tired. But I couldn’t come to Herm without seeing everything, so I braced myself for one last hill to the main village. There are only 10 families that live on Herm, so it’s small even by regular village standards. The little cluster of houses is a fascinating insight into what it must be like to live in such a small community. Halfway up the hill to the village, someone had the great idea of developing an area of woodland that makes a much more scenic route than the main path. It at least helped to distract me from the steep hill.