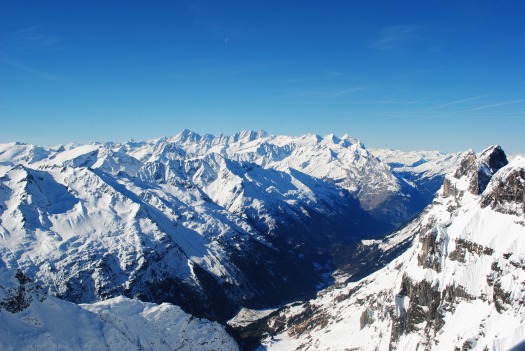 I am very aware that a couple of weeks ago I teased a couple of photos from my recent ski trip, but didn’t actually give any details of where I was. Since then I have been super busy working on other things, and I’ve only just had the chance to sit down and share some more.

I spent 3 days skiing in Engelberg, Switzerland. Don’t let my photos of sunny, blue skies and fresh, white snow deceive you, I actually took all the pictures on our last day. Our first day on the slopes saw us skiing in some of the wettest conditions I have ever experienced. It took me back to my days working as a videographer in Kitzbuhel, Austria, where I would have to go out on the slopes no matter the conditions. It rained up to 2000m. Myself and my two friends I was skiing with were all soaked. And I mean drenched right through to our underwear soaked. When we stopped for lunch, we had to wring out our gloves. Visibility was also poor, I couldn’t see more than a couple of metres ahead and the light was so flat that I had no idea what my skis were hitting. Luckily, thanks to the ridiculous price British Airways wanted to charge me for ski carriage, I had rented skis rather than take my twin-tips. Although they were heavy to carry around compared to what I’m used to, a solid pair of carvers were definitely the better option. On our second day, the rain subsided but visibility still wasn’t great. We managed to do quite a bit of exploring on the lower slopes during those first two days, though. The snow was skiable, just hard work on the legs because it was a bit slushy (my calf muscles felt like someone was trying to stretch them and use them as a tightrope!).

Then, exactly as predicted by the weather forecast, the cloud disappeared, the sun came out and we got to see the beautiful landscape around Engelberg. As well as what was in front of our skis, of course. 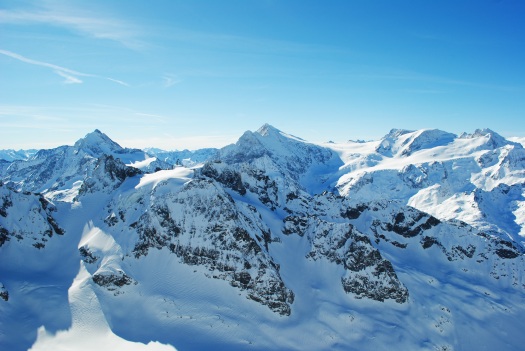 At 3,238m the Titlis is a fun ski area. Although the pisted area isn’t huge, there’s enough to keep you occupied for a few days. The area is famous for its off-piste skiing, although has had it’s share of avalanches. I saw quite a few people venturing off-piste, even when there were small avalanches still falling around them, but I wasn’t about to risk it.

Obviously not wanting to miss a tourism, and therefore money-making opportunity, the Titlis mountain is also home to Europe’s highest suspension bridge. Every day, busload after busload of tourists turn up to catch the gondola to the top and see the views from the bridge. There are also a lot of opportunities for them to part with their cash at the top station, including a very expensive Swiss watch shop and a photo booth where they can have a holiday snap with their favourite celebrity superimposed next to them. Most of the day trip tourists, ie not skiers, were visiting from Asia and seemed to be just as excited to have their photo taken in front of cloud as they were to see the actually scenery. I couldn’t help but think that if it was British tourists they’d be demanding a refund if the weather and the views weren’t anything but perfect.

If you are lucky to be there on a clear day, the views from the top of the mountain are spectacular. And, from the point of view of the day trippers, I guess we’re the crazy ones for choosing to travel back down the mountain on two very thin pieces of wood with hundreds of other skiers whizzing past us.

To get to Engelberg I flew British Airways from Heathrow to Zurich £130 return (EasyJet also offer flights from the UK to Zurich).

I booked a bed in an 8 bed ‘crash pad’ at Spannort Inn for 60CHF per night. The Inn is right next to the train station, and they also have private rooms. There are no self-catering facilities, but they have a nice Swedish coffee shop and restaurant on the ground floor and you can pay extra for breakfast. There are lots of restaurants to choose from in Engelberg, but it is recommended you book a table to avoid disappointment.