In November 2011, I made the decision to progress towards a plant-based diet and lifestyle. Since then, I have learnt so much about where our food comes from, and what it does to our bodies and the environment. Along the way, I have encountered many obstacles and challenges. I have also been asked lots of questions, most of them valid and a few off them more than a little odd. One of the aims of my blog is to chronicle my experiences as a plant-based traveller. So, hopefully these Plant-Based Pauses will provide a little more explanation and maybe answer some questions that my readers may still have.

‘What a man eats, he should be willing to kill. It’s not absolutely necessary that he do so, but he should at least be willing to face the reality of it. To eat a chicken only if it comes from the market is the height of cowardice and denial. Someone still had to kill it.’ – Catherine Ryan Hyde, ‘When I Found You’ 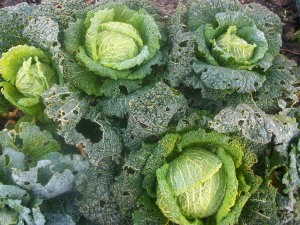 Preparing food for me to eat is not easy for other people. I will, however, eat anything as long as it does not contain animal protein or gluten (due to allergies). Whatever is available for me, however unexciting or unusual, I’ll happily eat it with no complaint. So it annoys me that I’m considered the fussy one because I eat a mainly vegan diet. I meet so many omnivores who will only eat one or two items on a restaurant’s menu because there are so many things they won’t try or don’t like. The definition of omnivore is that you can eat everything, but they’re often pickier than any other groups. I’ve even missed going to restaurants completely because of one person who refuses to eat anything they offer at all.

Quite a lot of people claim they can’t eat vegan food because they don’t like vegetables. After years of eating processed, animal foods their bodies are so accustomed to it that it becomes like an addiction. Although vegetables may take some getting used to, eating plant-based for a few weeks de-toxes your system and you soon learn to like all the new tastes and flavours. Even just switching from a vegetarian diet, I found that vegetables tasted so much nicer.

2 Replies to “Plant-Based Pause No 11: I Don’t Like Vegetables”